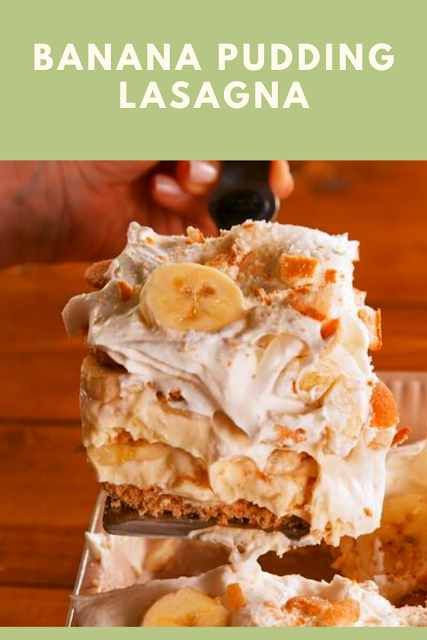 Why does this recipe have the word lasagna at the end? Don’t worry, you won’t see marinara sauce or parmesan cheese in the recipe. However, it has the lasagna term because this is a layered dessert.

This one features 4 layers, a delicious crust made from nilla wafers, banana pudding layer, cheesecake layer, and it’s topped with a creamy layer of cool whip. You’ll devour every bit.


Number one, Make crust: In a medium bowl, stir together Nilla wafers, butter, and salt. Press into the bottom of a small rectangular baking dish. Set aside.

Number two, Make cheesecake filling: In a large bowl, beat cream cheese and sugar until fluffy. Beat in heavy cream and vanilla and until stiff peaks form. Set aside.